I was so excited when Serena of Big Apple Nosh let me in on her new challenge idea.  I signed up right away and am so excited to help break this thing in.  The chosen ingredients are plain yogurt and brown sugar, and I decided to make a recipe that really starred these two things.

It's funny that brown sugar was an ingredient because in the past few weeks I have just come to realize how different 'good' brown sugar can make a recipe.  I'd always bought the standard stuff that you can find at any grocery store, but recently I've been buying the organic kind.  The texture and flavor are more different than  you'd expect and I've really enjoyed trying it out in some of my standard recipes.

For these recipes I went full out and got organic dark brown sugar, this was going to be a punch of brown sugar, rather than a hint. 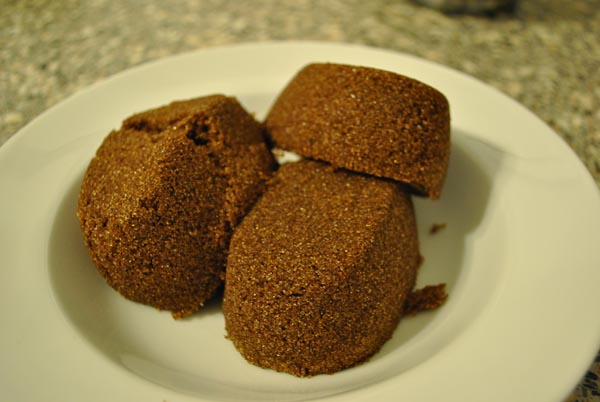 My first instinct was to bake something super moist with the yogurt, but I've been baking a lot lately and it's been a bit warmer here in SoCal, so I decided to try making some fro-yo instead.  To make it less of an L.A. cliche, I made it with full-fat yogurt.

The dessert has three components, the fro-yo, the brown sugar caramel sauce (used in the fro-yo and as a topping), and the lace cookies that are my homemade replacement for a waffle cone. 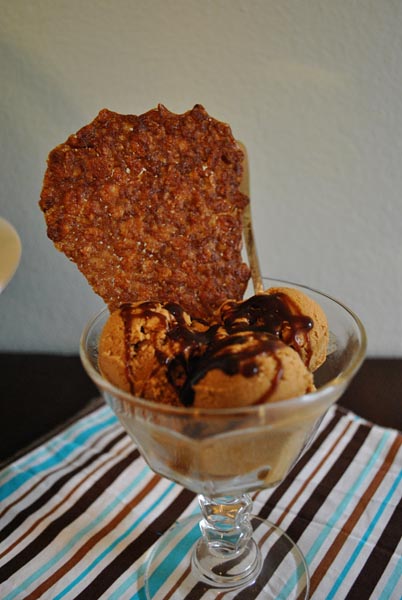 Start by straining the yogurt, because thicker yogurt equals a creamier end result.  I used a quart of yogurt and over a half cup of liquid was strained off.  It's kind of impressive.

Now, the hard part, making the caramel sauce.  Start with the brown sugar in a skillet over medium heat.  Stir it a bit as it melts and make sure it doesn't burn. 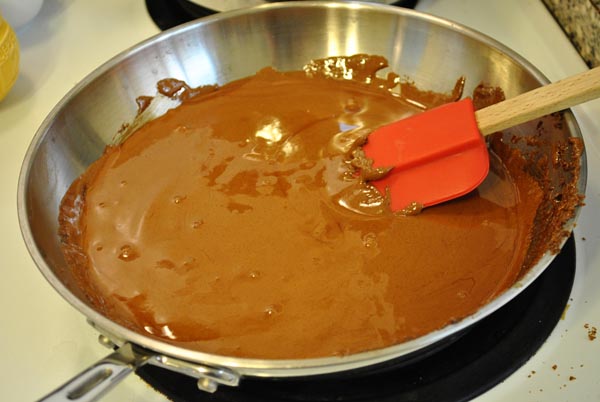 Once, it's nice and smooth, I added the heavy cream, butter and vanilla. 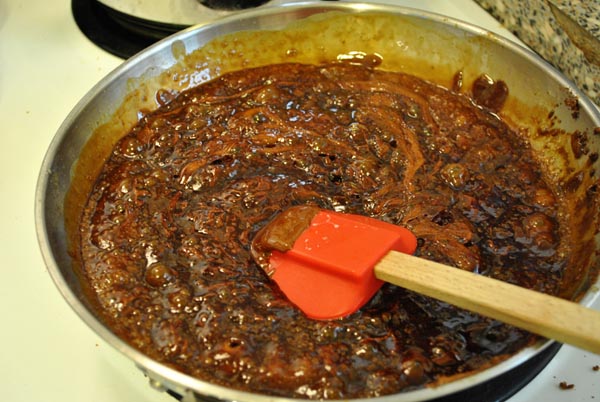 It will bubble like crazy, just stir until it calms down.

Now, there may be people out there that are amazing at melting sugar and can mix in the cream and butter without making little lumps of hard caramel, but I can't figure it out.  So, I just strained it. 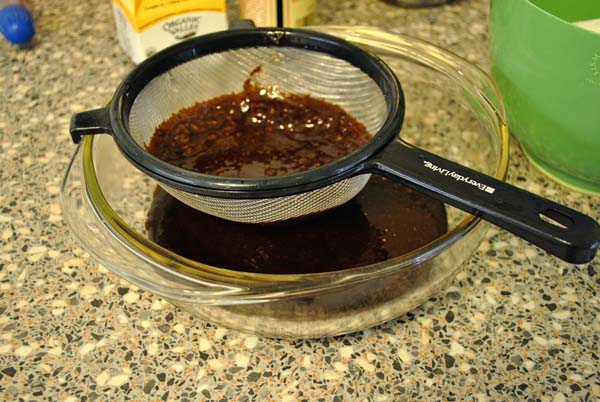 And the end result was a lovely, dark, smooth sauce. 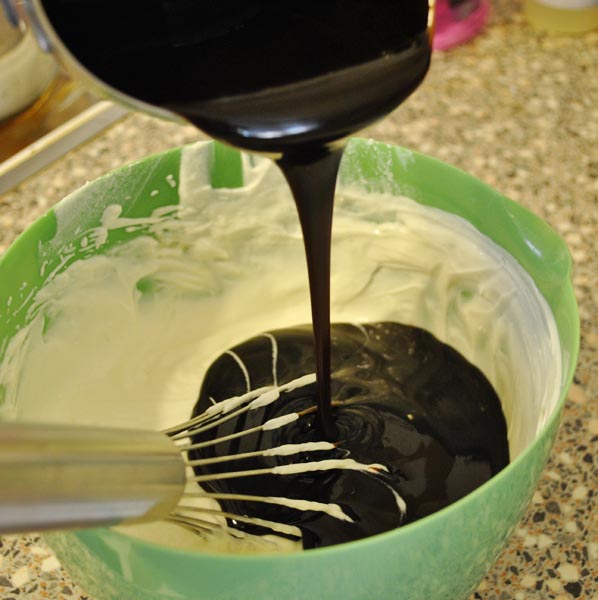 Next, I took the strained yogurt and added the heavy cream, vanilla and salt.  I whisked it smooth and then added most of the caramel sauce. 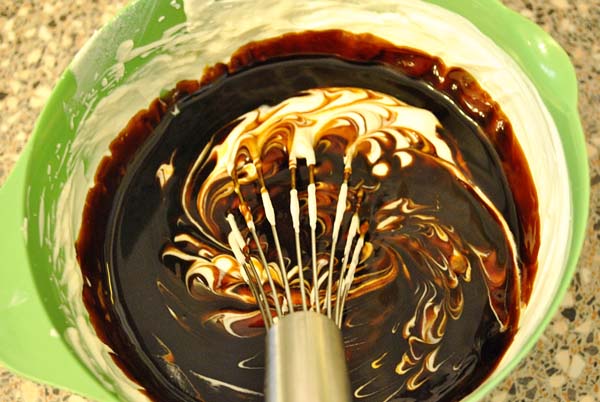 I added the maple syrup, stirred it, then put it in the fridge to cool. 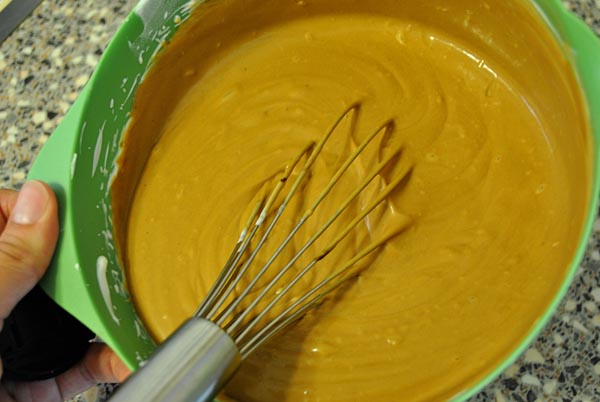 For the lace cookies, start by melting the butter in a medium bowl.  Add the sugars and stir.  Then add the milk, flour, vanilla and salt and combine.  Finally, stir in the oats and the batter is ready.

I started out, by trying to fit 12 on a pan, no dice.  These things spread like crazy. 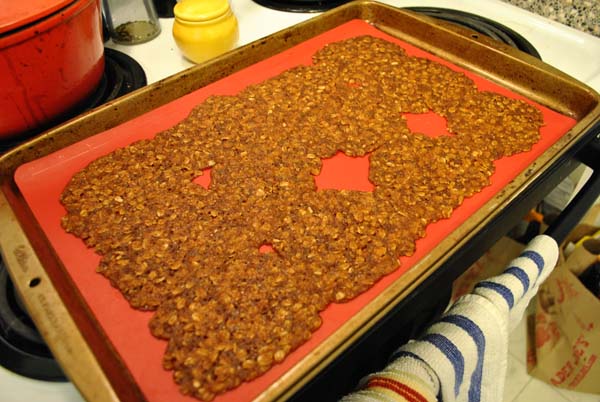 I could comfortably fit about 6 of the cookies on there.  Let them cool on the pan, because they will fall apart otherwise. 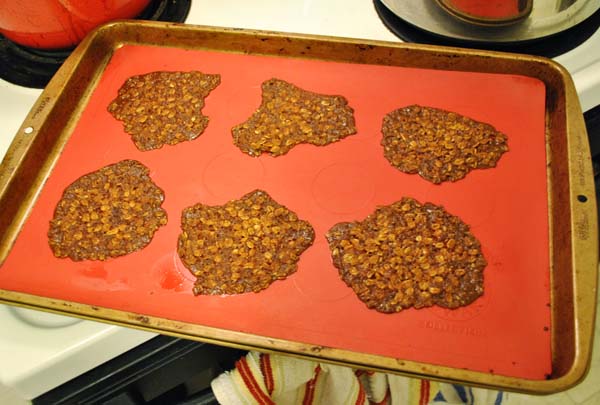 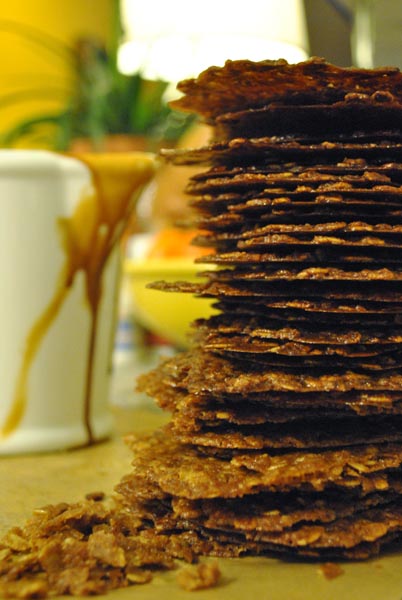 Now that your yogurt has chilled, it's time to freeze it.  I have the KitchenAid ice cream bowl that you use with your stand mixer and I don't love it.  It brings the temperature of the yogurt down, but it never gets super thick.  So eventually I just stuck it in the freezer and gave it a good stir every half hour to an hour, so that it stayed scoopable. 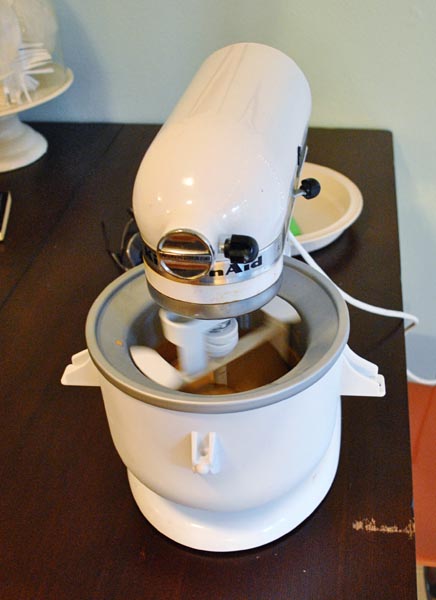 After all of that, it's time to dish the fro-yo up with some of the remaining sauce on top and a cookie stuck in the side. 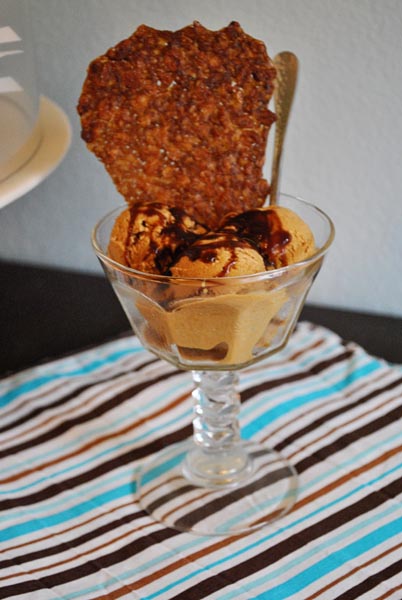 Maybe a sprinkling of some nice salt on top?  Yeah, that would be nice.  Do that.

I'm not going to lie, this has some pretty intense molasses flavor, so if you're not a fan of that, then I'd go with light brown sugar, and maybe sub in some white sugar.

Now, on to the recipes.

Place sugar in skillet over medium heat.  Once it starts to melt, stir occasionally until it is all melted.

Lower the heat and add remaining ingredients.  Stir until the bubbles calm down.  Strain the sauce.

Chill for a couple of hours.  Then follow the instructions on your ice cream maker.

Yields a little over a quart of frozen yogurt.

Combine melted butter and sugars.  Stir in milk, vanilla, flour and spices.  Add the oats and give a few stirs.

Drop by rounded 1/2 teaspoonfuls onto a cookie sheet lined with a silpat or parchment.  Bake at 375 degrees for 9-11 minutes.  Let them cool on the pan until set.

Yum, I wish this were in front of me right now! :) Thank you for participating in the challenge!

Wow this is so impressive and pretty! Looks really tasty. Can't wait for the warm to come out in NYC so I can try this!