My Aunt Jeanne set a beautiful table for our meals.  Gourds, pumpkins, nuts, berries and candles. 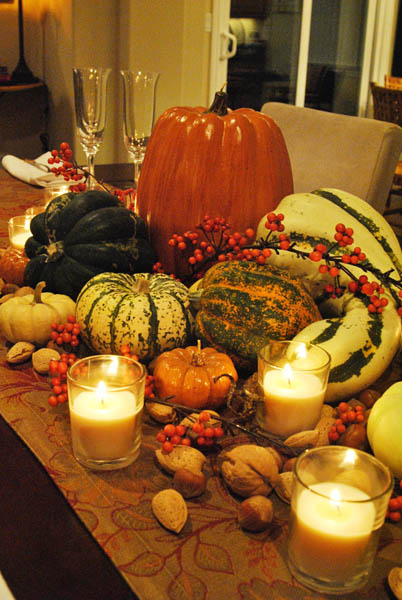 Uncle Jim headed up the cooking (with a couple of people assisting), with this beautifully brined turkey as the main.  The starter was butternut squash soup with creme fraiche and olive oil on top.  For sides, we had two kinds of stuffing, brussel sprouts, mashed potatoes, gravy, sweet potatoes, homemade cranberry sauce 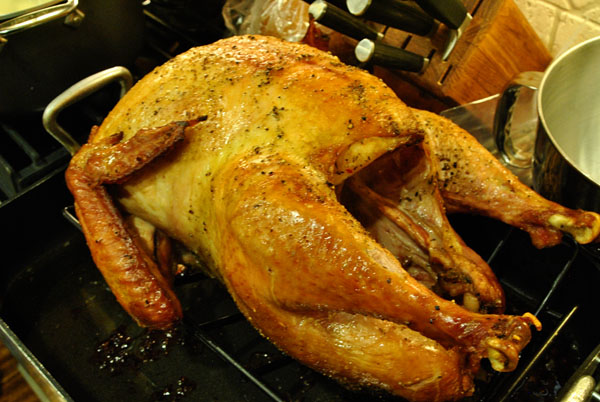 My Aunt Peggy was the mastermind  behind the pies.  Pecan, pumpkin and apple.  We used Trader Joe's frozen pie crust for all of these.  It's fantastic and we all heartily recommend them.  There's already so much going on in the kitchen on Thanksgiving, so a pre-made crust makes things a bit less hectic. 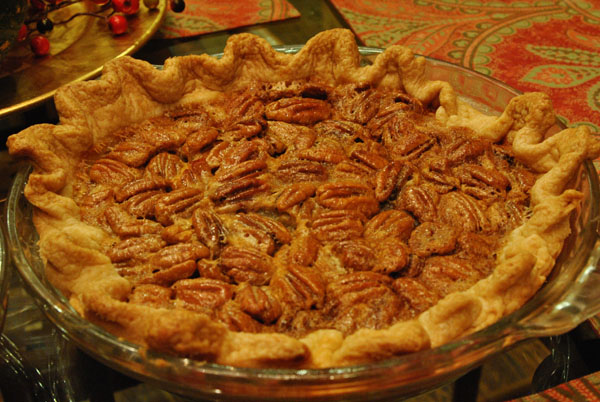 We used another crust to make the leaf decorations.  My Aunt Peggy and I just cut the pieces out by hand and placed them on the finished pie after they had been baked off.  We had minor supervision on placement from the engineer who was present, something about equally covering the whole thing.  But then, I informed him of the importance of negative space in a composition and the leaf placement was decided upon. 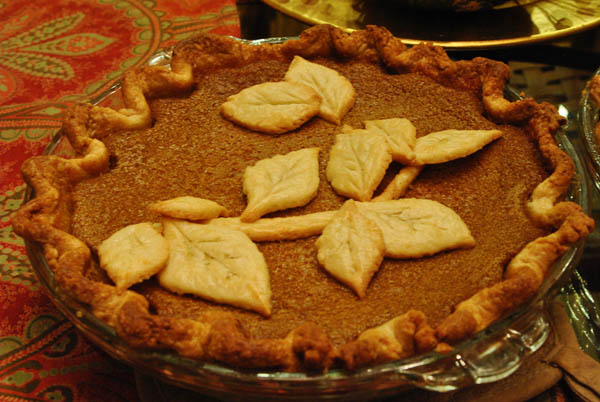 Apple pie is the hubs' favorite dessert, but I hate it so I've never made one for him.  Well, I helped a lot on this pie, so we'll just say that I've finally made an apple pie for him.  Tip for apple pies:  we doubled the crumb topping recipe for this pie.  Who doesn't love extra crumble? 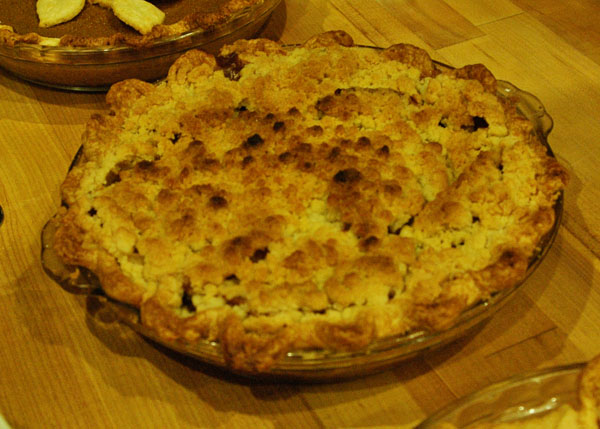 To use up the the leftover pie pastry, we brushed on melted butter and sprinkled on cinnamon and sugar (you need more than you think).  Then we cut it into strips before twisting, braiding and rolling them up.  Simply bake them off at about 400 degrees until they brown. 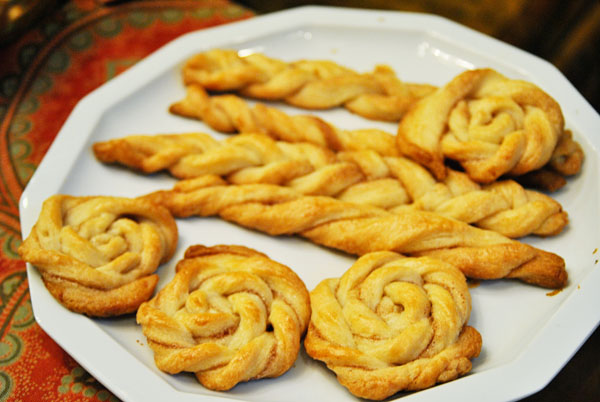 So, that was our meal, and it was fantastic.  On Friday we headed down to San Diego to visit T's family.  We had a lot of fun relaxing, hanging out and eating more.  The highlights were a hike at Torrey Pines with T's cousin. 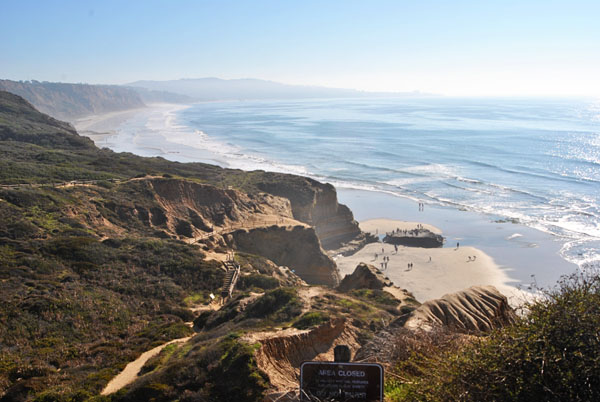 And a walk around the Balboa Park with T's Aunt.  There's so much to see.  Some of it's free, but you can also buy a day pass for entry into all of the museums.  You could bring a picnic lunch and make a whole day of it. 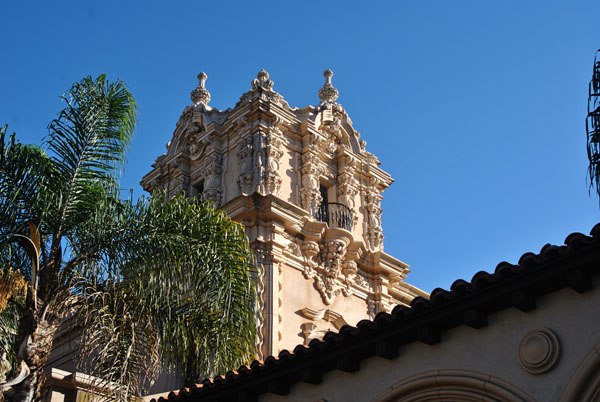 Two years ago today, this happened. 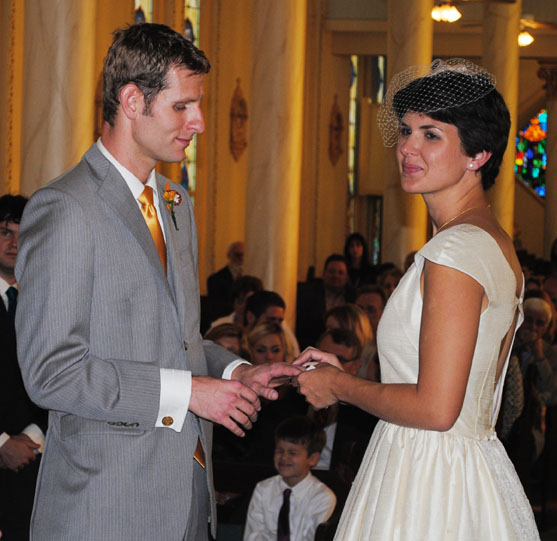 T and I celebrated this weekend by spending a full day (OK, almost a full day, I had a volunteer thing in the morning) hanging out with each other, something we rarely get to do these days.

We started out horseback riding, something I've never done before. 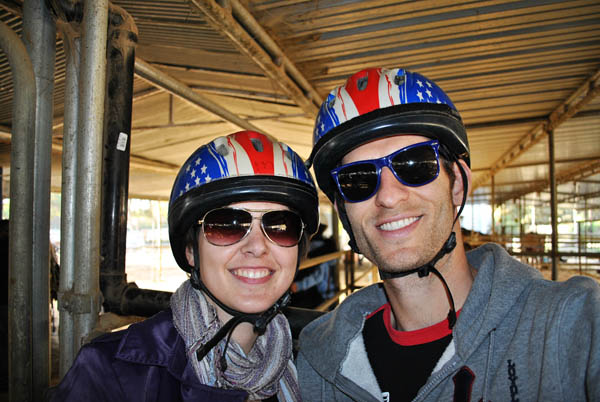 And, I only fell off once.  I'm about as lame as they come when it comes to things involving coordination.  Luckily I fell into pretty soft dirt and was able to get back on and finish up.  Oh, and make fun of those helmets all you want, but some other girl fell off of her horse and got a gash on her head.  Always, better safe than sorry.

Then we went to Umami Burger for dinner.  We'd never been before and heard so many great things that we decided to try it out.  I broke my camera lens after we parked the car at Umami, so here's an iPhone pic.  We had a steak salad to start (fabulous) and we each got the Umami Burger and fries for dinner.  The burger was juicy and great, but the toppings were a little sweet for my taste, so I think I'll have to try something else on the menu one day.  The bun was super yummy and the fries were pretty darn good.  I'd definitely recommend it. 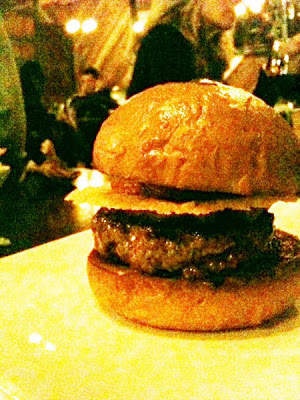 We took a little break at home before heading out to see George Clooney's new movie, The Descendants (great) to end the day.

All in all, a pretty full day.  But I think the best part was that we enjoyed each other and the day even though I fell off of a horse and we broke a $200 lens (so glad the body didn't break).  And what they say is true, new experiences with your partner are a great way to stay connected.
Posted by leenie at 5:37 PM No comments:

It's why we all go to New Orleans, and with good reason.  The architecture, colors and vibe of the place all mix up into a magical experience.  And I think that's all that really needs to be said. 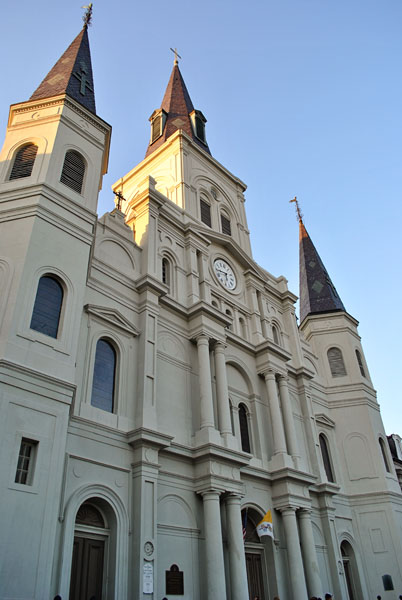 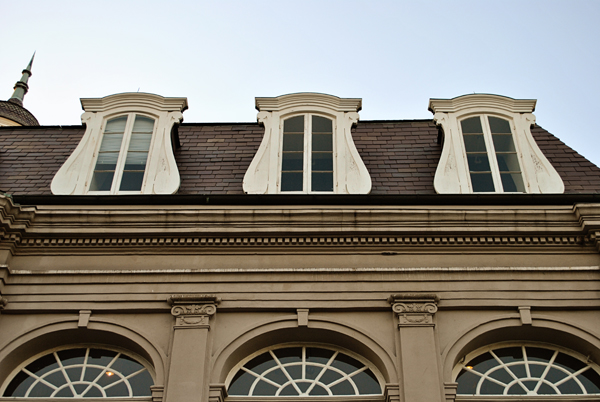 Windows in the Louisiana State Museum in Jackson Square 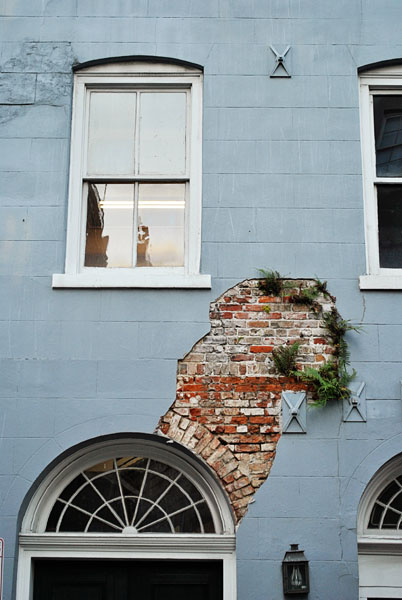 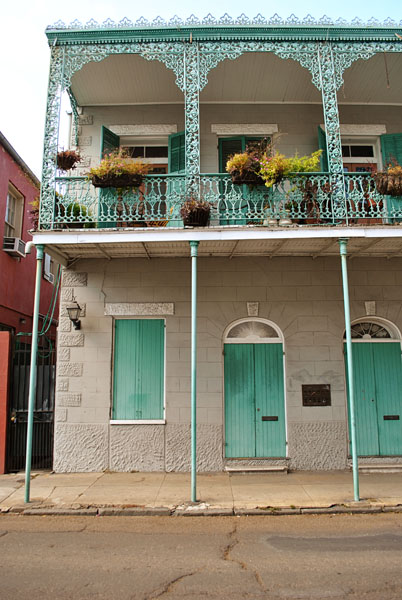 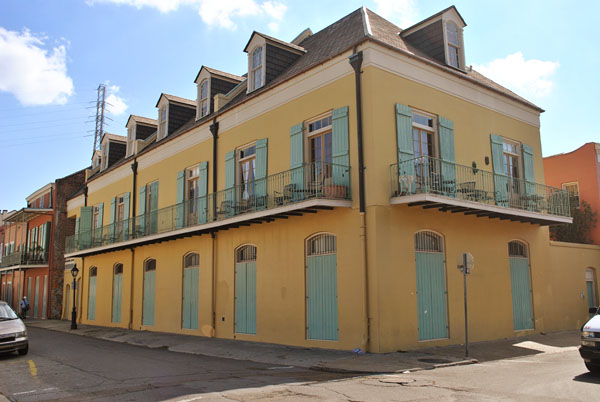 Just a few pretty buildings from around the French Quarter 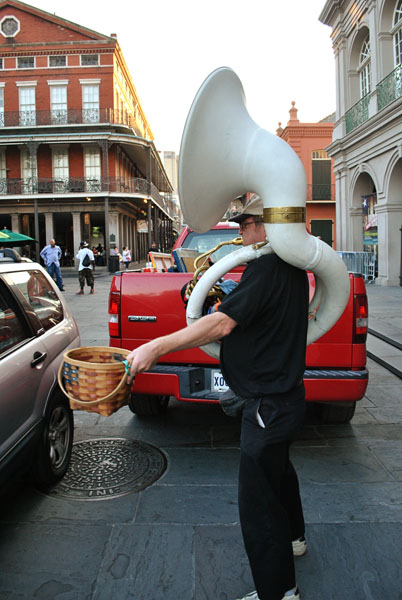 Part of the band in Jackson Square, music is sort of ever-present there 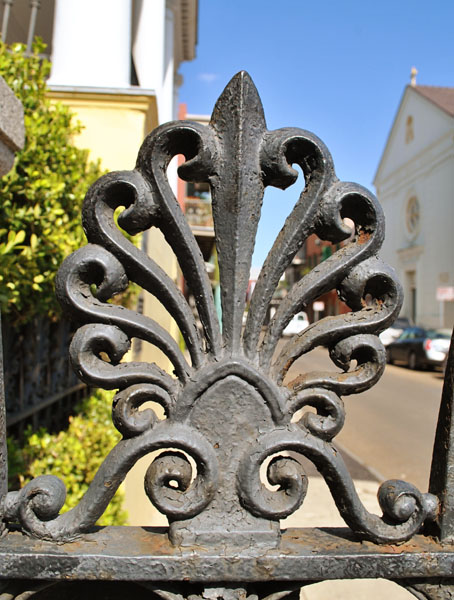 Some of the great iron work 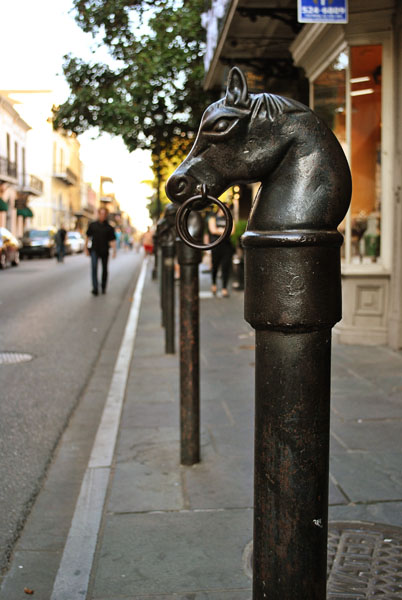 One tip; Grandma says Royal St. is the pretty street and that Bourbon St. is well, you know.  I'd have to agree, scantily clad women giving the come hither look to my grandpa at 7:30 p.m. made me want to leave that street A.S.A.P.
Posted by leenie at 2:37 PM No comments:

Here's a quick food rundown for our trip to New Orleans this fall.  As you can see, we ate our way through the town. 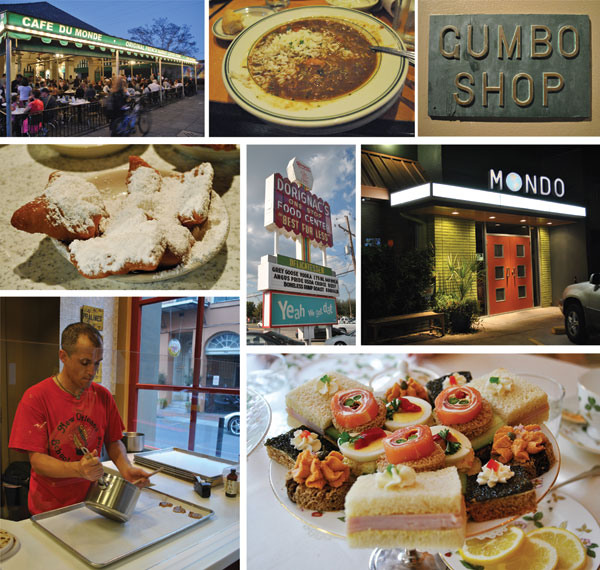 Cafe du Monde beignets, Gumbo Shop chicken and andouille sausage gumbo, Dorignac's grocery store for Creole Cream Cheese and Nectar Syrup along with other New Orleans classics, Mondo is a Susan Spicer restaurant where we had a fabulous meal, New Orleans School of Cooking pralines being made, Afternoon tea at Windsor Court Hotel with the salmon and caviar upgrade.

Places not pictured: Refuel has the best grits in town and the friendliest owner ever, Camelia Grill is a classic for breakfast and we heard that they have the best creme pies, Deanie's has nectar cream sodas and great boiled and fried seafood, Acme Oyster House has great oysters, if you're into that, but I just had a wonderful piece of fish.
Posted by leenie at 10:00 AM 1 comment:

Lately, I've been thinking I shouldn't eat so much sugar, or cereal.  It gets bad y'all, multiple bowls of cereal per day.  So I'm starting a new 12 week diet and exercise regimen that has been personalized for me by Ali at Complete Physique.  So, for the sake of accountability, here's the 'before'. 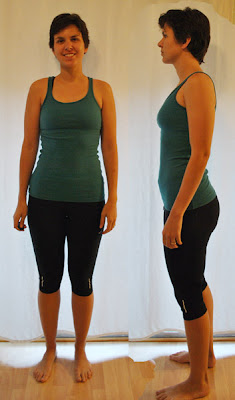 Not too bad, but I'm hoping that the strength training will be a nice change up from my usual running and maybe even get me a little bit faster.  I also have the most pathetic upper body strength around, so, there's that.  But what I'm really hoping is that a set menu will keep me from eating sugar bombs every day.  Day 1 has been good so far, but we'll see how far the will power takes me.

In other news, T has proclaimed himself a handyman.  He fixed his 'vintage' iPod using a kit from iFixit.  He was supremely pleased with himself. 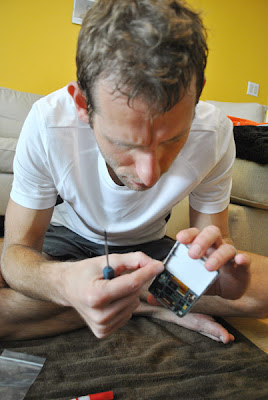 Posted by leenie at 4:07 PM No comments: