Happy New Year to you all!

After a month of daily posting, I took a small break to travel back home and regroup.  Some of you may remember that I wanted to make French macarons before the year was out, and I did!  These were made on Dec. 29th for our winter tea party the next day.  I am totally deeming these a success, they're really not as hard as I was expecting them to be from all that you read about them. 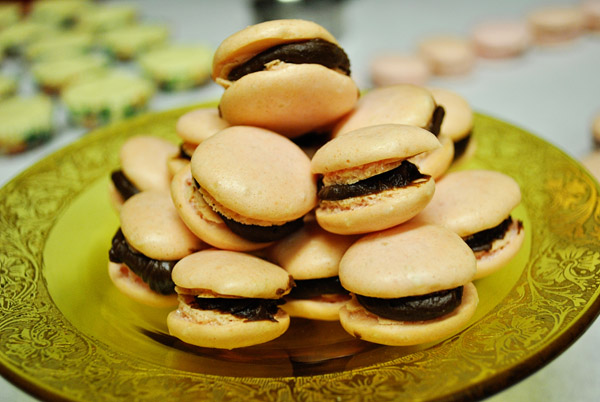 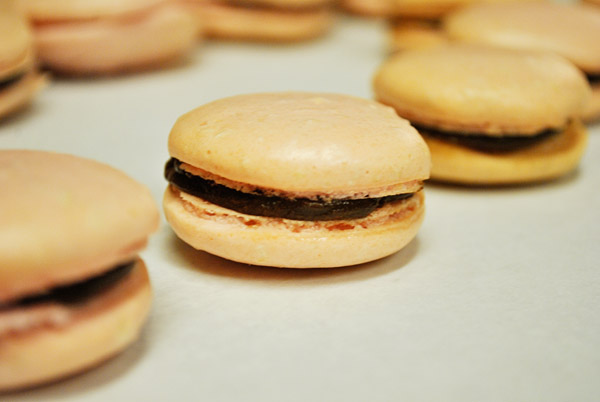 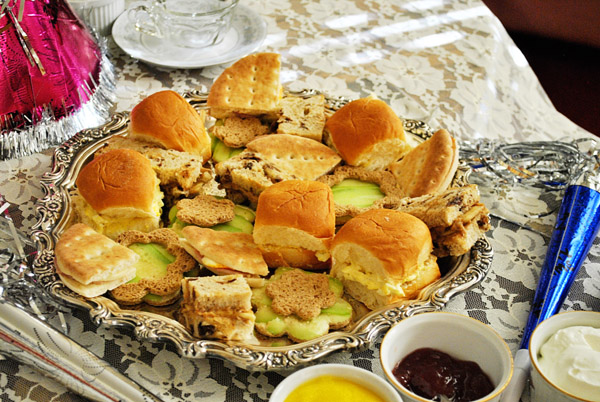 The cucumber sandwiches are cut out in flower shapes with flower bread toppers.

Cucumber sandwiches (whole wheat bread with a spread of hummus and cream cheese topped with thinly sliced cucumber)
Ham, muenster and butter on sandwich thins
Egg salad buns (these were a little big, the plan was for my sister to make some tiny ones, but she fell ill and these worked in a pinch)
PB&B's (peanut butter and banana on cinnamon raisin bread) 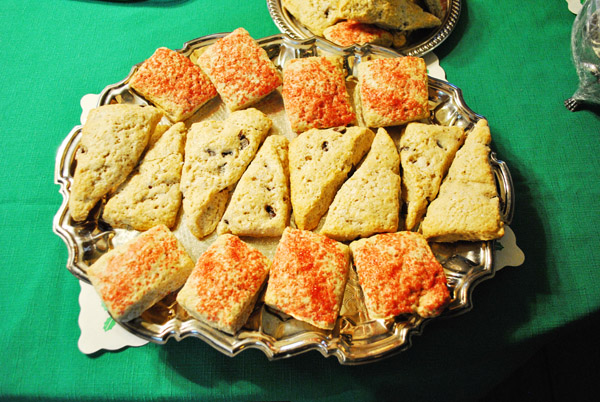 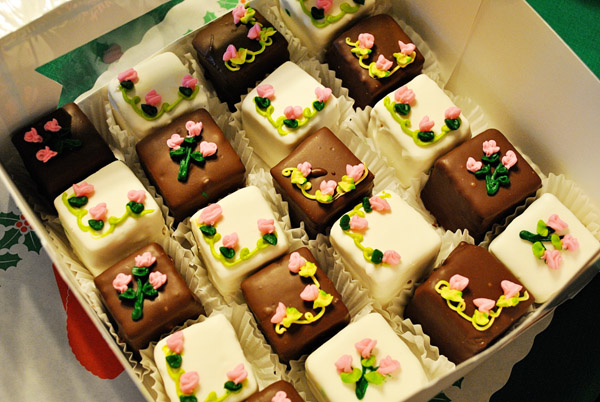 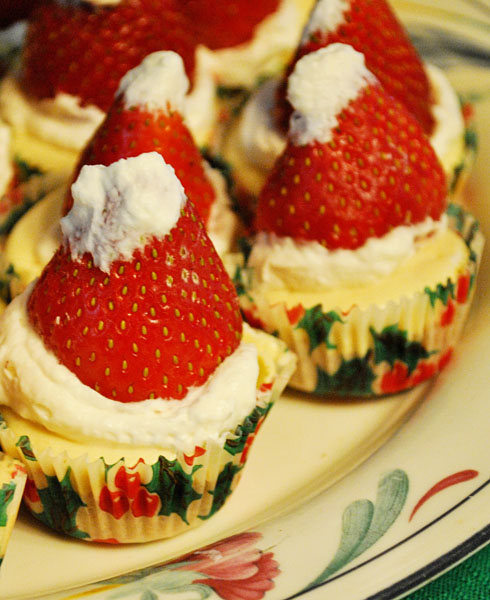 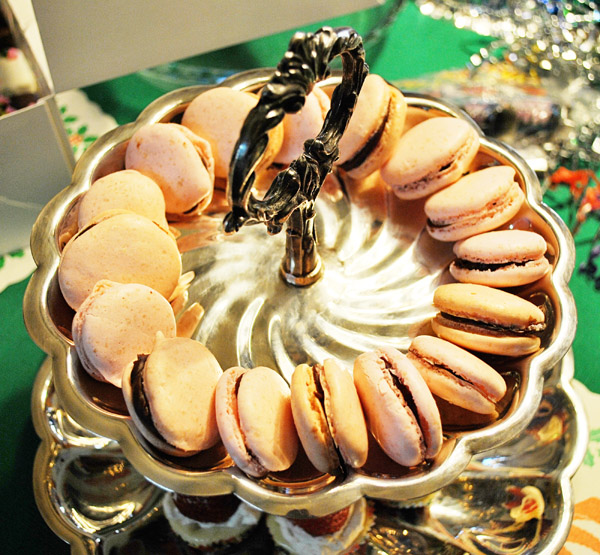 I'm in love with all of the silver trays.

Christmas mocktail (green sugared rim, fill glasses with sparkling cider and pour in about a tablespoon of grenadine)

After eating, we cut out snowflakes and then played outside with some party poppers and T was our stand in prop (as termed by one of the girls). 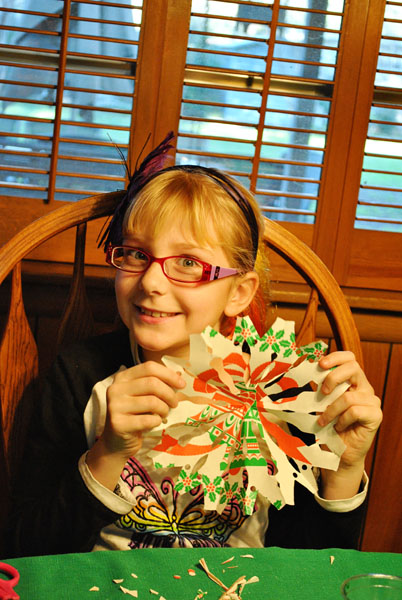 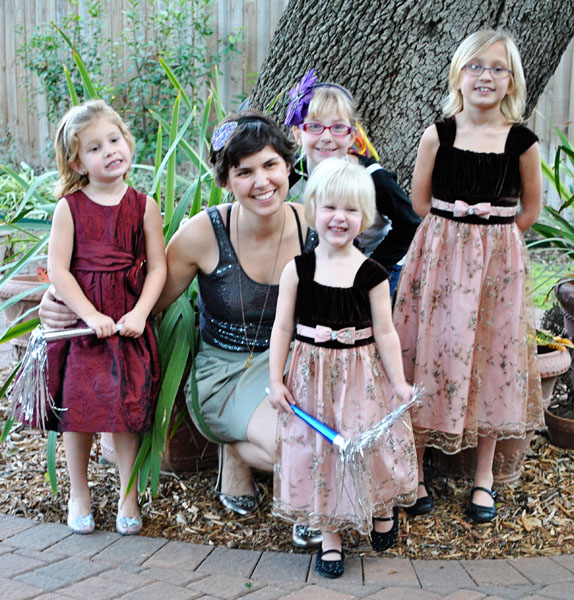 Loving the fancy dresses and fascinators 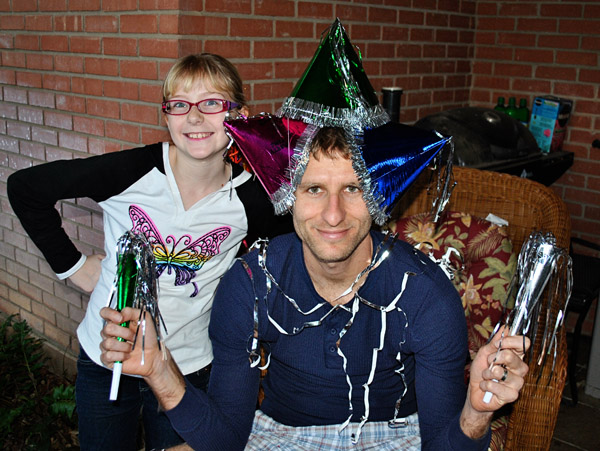 We got 4 hats on him the next night

(I made a double batch and  added 1 Tbsp. cinnamon, 1 Tbsp. pumpkin pie spice and 1/2 tsp. cloves.  Then I split the dough in half before kneading and added 1 cup of chocolate chips to one of the halves)

We prepared the pans hours before baking and they were just fine.

Whip heavy cream to soft peaks, whisk in sour cream and powdered sugar.  Refrigerate for at least 4 hours.
(I actually did this by hand and it didn't take that long, so if you don't have a mixer, you'll be fine)

Lemon Curd
We were visiting T's family right before this and his dad grows Meyer lemons, so that's what we used.  Can I just say, "homegrown Meyer lemons, wheee!".

Parisian Macarons (I added red food coloring during the folding process)
My piping was not very accurate, but I could pair most of them up really well (in terms of size/shape) before filling them.
The one thing I noticed is that you have to leave them in the oven long enough for the foot to happen, sometimes it took longer than the recipe called for, but once they had the foot and looked right they were done. 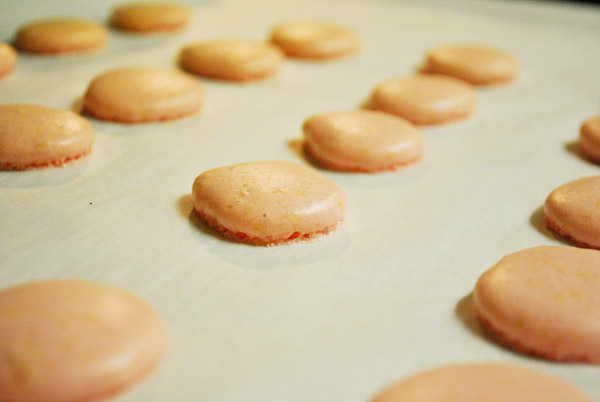 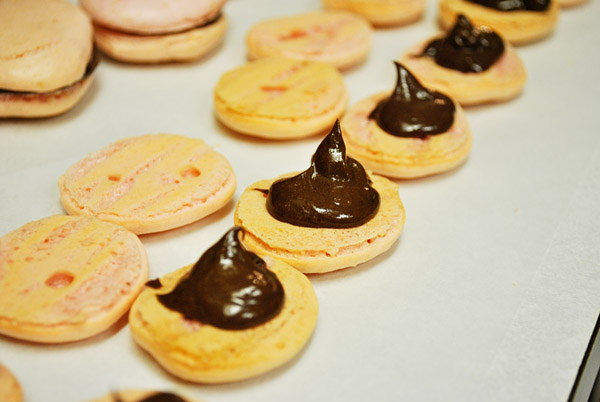 Chocolate Ganache Filling
I popped it in the fridge for a few minutes to thicken it up before spooning the filling onto the cookies.

For the cheesecakes, I stole this idea from my cousin, who found it on Pinterest, obviously.  I don't remember which cheesecake recipe we used, but any will do.  And we used whipped cream instead of icing for the hat's fur trim.

all of the food looks delicious and the picture of you with all the little girls is adorable!

Thanks, I had so much fun with all the girls.

Yum, yum, and yum! Looks like so much fun!