My apologies for the iPhone pics below, I've been too busy to edit actual pictures.  Summer hasn't fully hit it's stride here in SoCal yet, as evidenced in this view from our late afternoon bike ride along Ballona Creek yesterday. 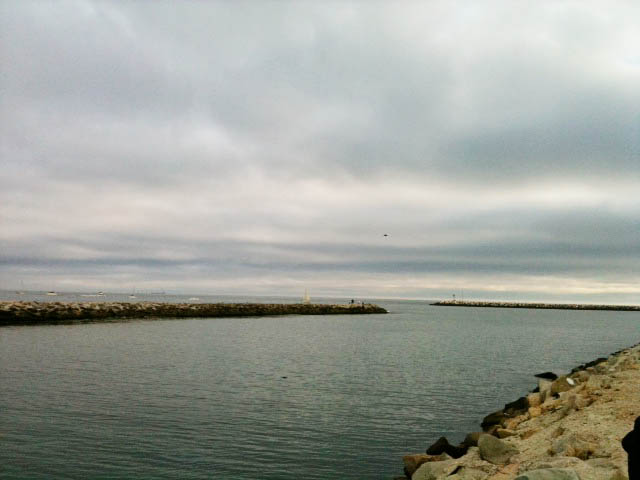 But, there is still plenty of sunshine most of the time, and I've even logged some time laying by the pool, so it's almost here.  The best sign of summer has been the yummy looking produce at the farmer's market.  All of this combined with an effort to up my protein and vegetable intake has led to this being summer's staple dinner for the hubs and I. 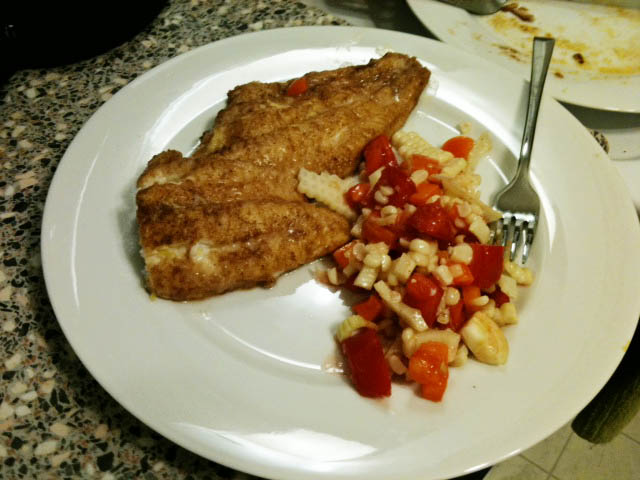 Sauteed white fish with some sort of raw (except the corn) vegetable (must include fennel) salad on the side.  It started with this sole meuniere recipe from Ina Garten (love her).  A light dusting of flour, lots of butter, some lemon and some lovely sole and you're done.  So good.  I think I've probably prepared white fish with this method just about every other week recently.

I've also tried out tilapia with this method.  I'd have to say that the sole is my favorite, with tilapia coming in second and catfish coming in last, but still good.  The sole ends up simply melting in your mouth like butter, it is more difficult to keep together while cooking, but it's worth a try.  The tilapia is firmer, making it easier to keep together while cooking, but it's firmer and meatier.  The catfish falls somewhere between the two texture wise, it's a bit more delicate, but the filets I used had a large vein down the center and the flavor didn't seem as clear as the sole.

Fennel seems to be the common denominator in all my vegetable sides.  It just has such a refreshing flavor.  One side is lightly sauteed fennel and snow peas, they're simply cooked in butter or olive oil with salt and pepper.  Another favorite is raw beets, fennel and carrots with roasted corn.  I use a balsamic mustard vinaigrette on this combination and it's a favorite all on it's own around here.  This slaw/salad is great because it's full of hearty things that keep well for a couple of days in your fridge even though it's already dressed.

So, go out, get some veggies and fish and feel fantastic about your quickie dinner.
Posted by leenie at 9:33 PM