For Valentine's Day, I decided that the way to T's heart involved a giant buffalo sirloin steak.  I used this steak au poivre recipe from the Pioneer Woman.  I didn't have brandy or heavy cream, so I used red wine and buttermilk, it was just fine.  The sauce was fantastic, and browning the steak on the stove and then throwing it in a hot oven is the only way I've ever been able to cook a perfect steak. 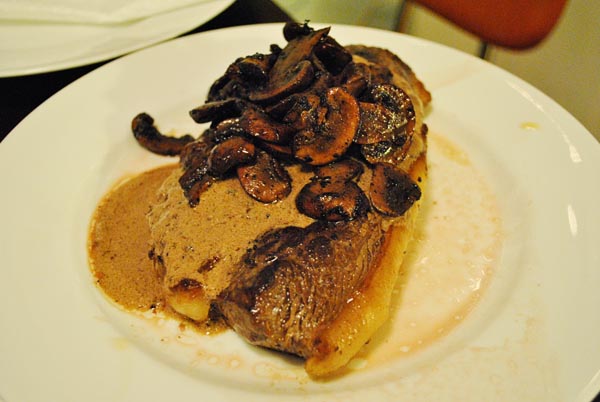 I topped the steak with some bacony red wine mushrooms.  I cooked a few pieces of bacon in a skillet, drained off most of the fat, added the mushrooms and cooked them for a couple of minutes.  I added some red wine to deglaze the pan and let that simmer and reduce.  Then I put the mushrooms in a bowl and set them aside. 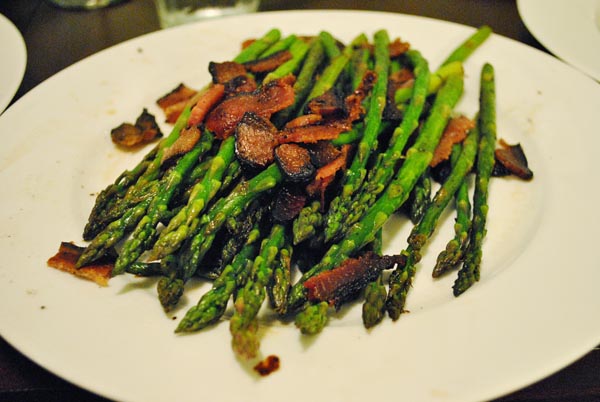 For the asparagus, I used the same pan, added a bit more bacon fat and cooked the asparagus.  Then I crumbled up the cooked bacon on top. 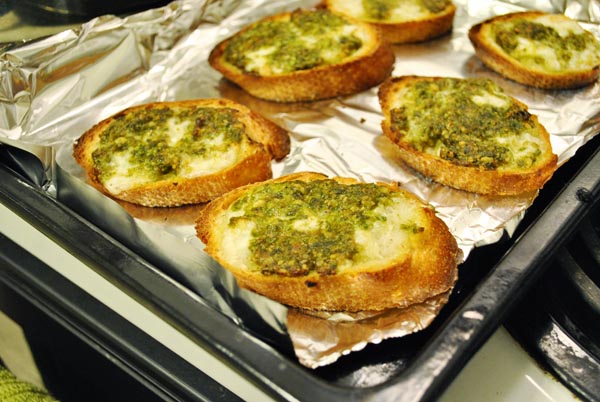 I also made some crostini with pesto and mozzarella di buffala for extra credit. 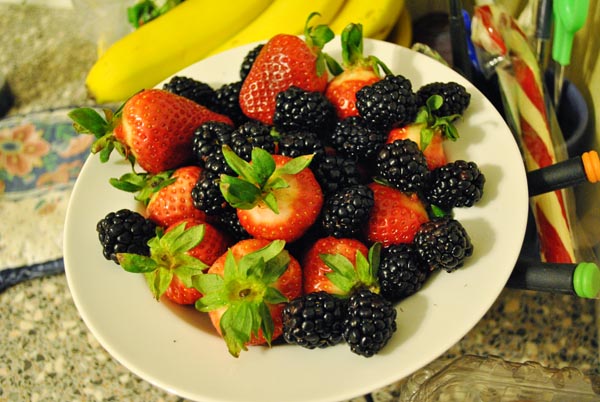 And to finish off dinner I tried to go healthy with some beautiful berries, but who am I kidding, I made a chocolate fondue to dip those berries in and threw in some leftover cubes of red velvet cake that I had in the freezer from my Valentine's baking extravaganza.  Chocolate fondue is fantastically simple, I grabbed a double boiler added about a cup of chocolate chips, 1/4 cup of half and half and a splash of vanilla.  After some melting and stirring it was done and super yummy.
Posted by leenie at 10:00 AM