Next up was a flight to Cebu.  Now for a side note; everyone in line to board the flight got a pat down.  There was a women's line and a men's line, you stood on a little platform and got patted down, back of the hand under the boob and all.  It wasn't a big deal and Americans need to quit whining. 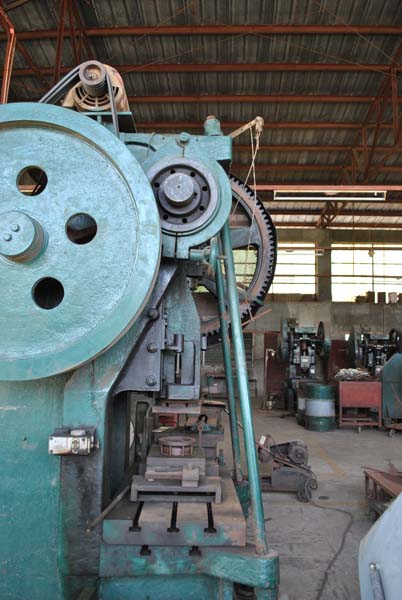 Cool machinery
We headed to factories straight from the airport and by the end of the day I was ready to crash at my hotel.  Luckily it was pretty great, it was a resort on Mactan Island and I was greeted by a girl in a pretty dress with some yummy fruit beverage and sent up to my room. 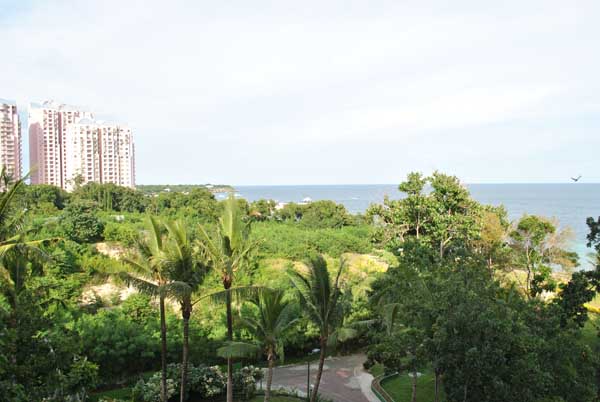 View from my room
The next day had a lot of factory tours and the beginning of me being sick.  I have never loved proper sewage/water treatment more than when I came back from this trip.  Let's just say I was very familiar with the hotel clinic by the end of the trip. 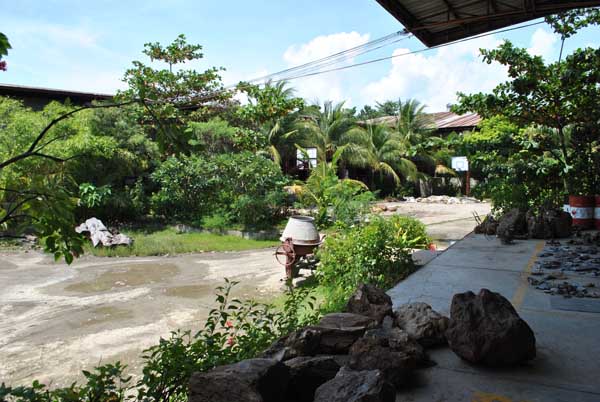 Another factory
The next day I had a fairly free day, and it was super unfortunate that I wasn't 100%, but I did get to snorkel, and lay by the beach and the pool for a couple of hours. 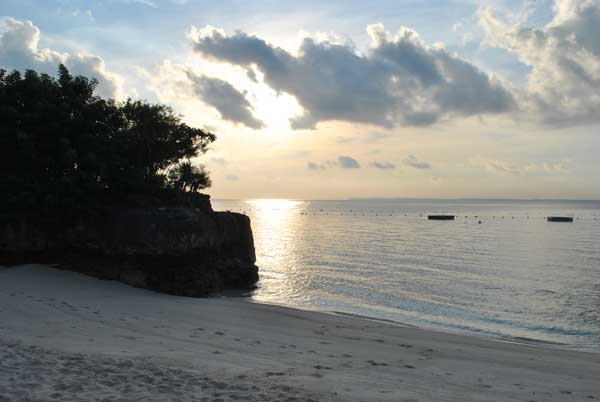 The beach at the hotel, white sand, warm water, amazing! 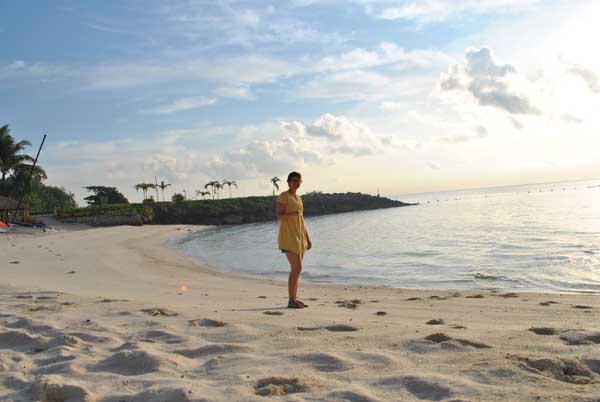 Remote control picture at the beach in the morning 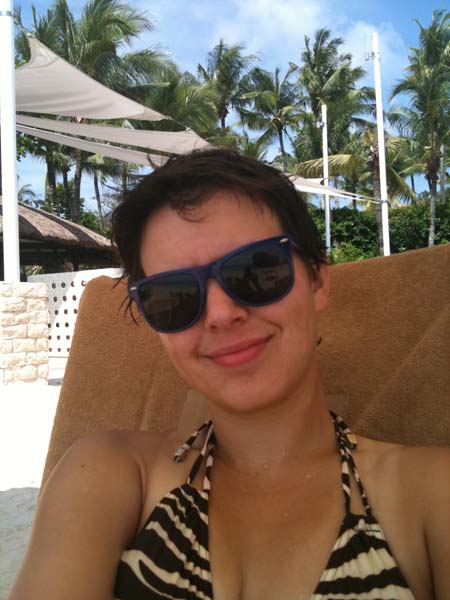 Wow, check out that awesome cell phone self portrait, yeah sunny squinty face with random lines on my face from snorkel gear, rock it. 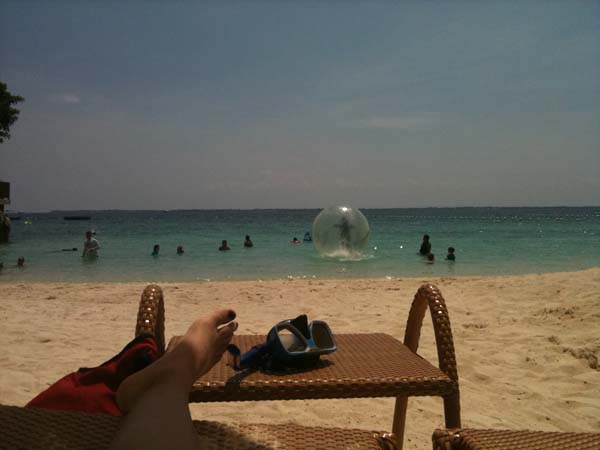 What the hell is this thing?  They put a child inside, inflate it and have a handler walk them around on a string so they can play around in a hamster ball.  Has anyone seen this before?
Then I went to my room and after laying in bed for a while I rallied enough to walk to a nearby plaza.  I was determined to see something outside of my hotel. 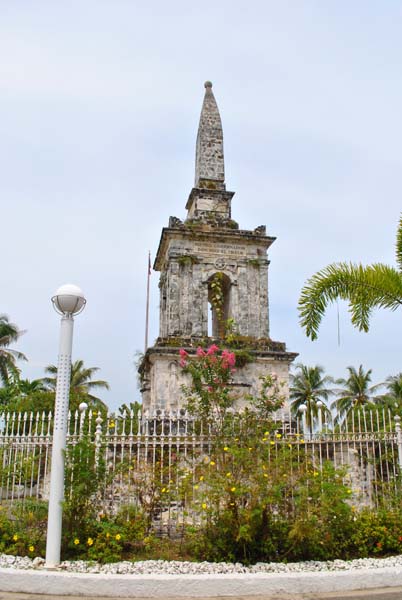 There was a lovely tower in the center 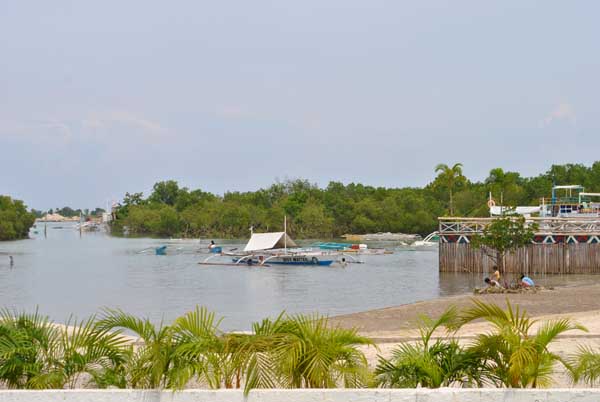 A beach with some locals hanging out 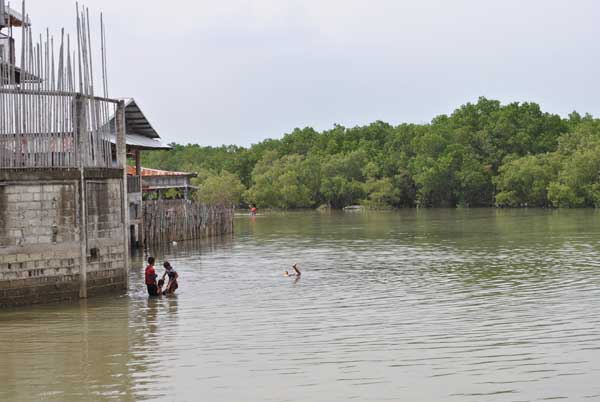 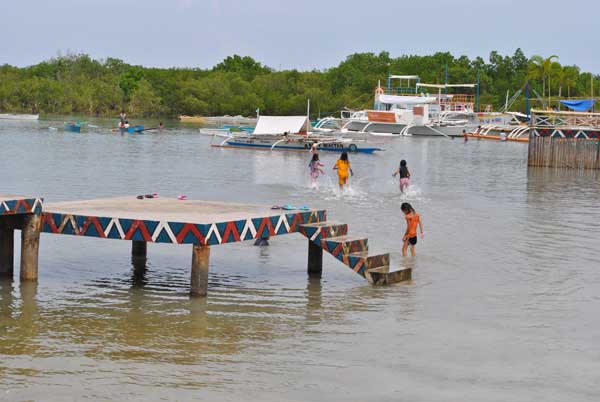 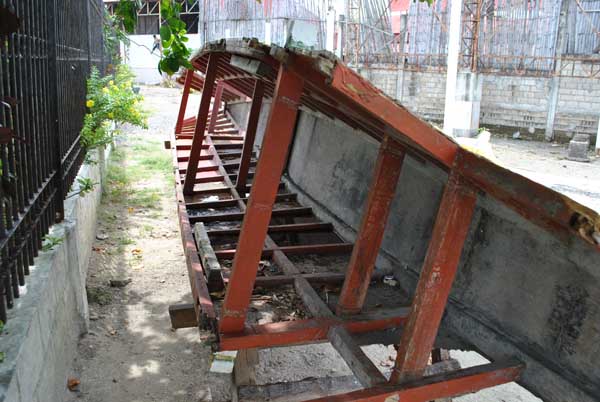 An abandoned boat on the shore 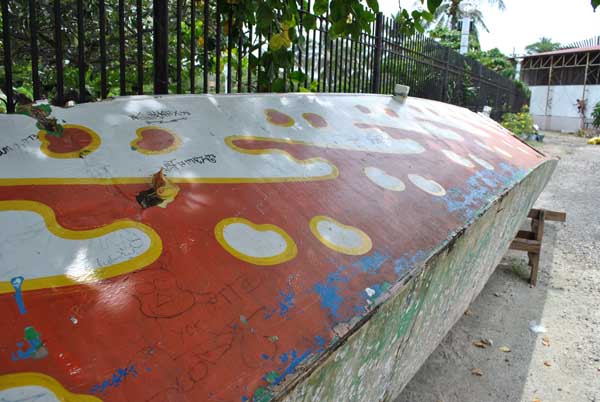 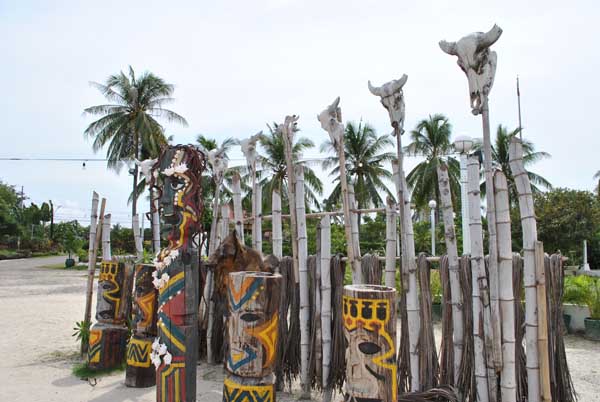 And some place that I assume is used for festive occasions 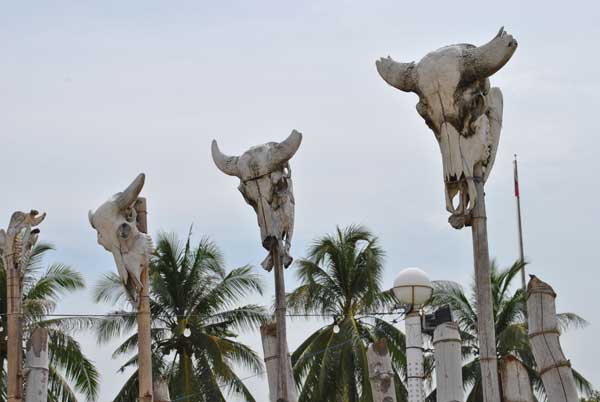 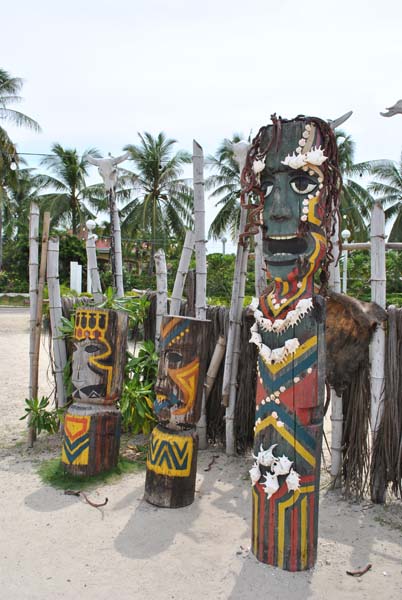 Nice
And if I ever get my underwater camera pics developed from the snorkeling I'll put those up.  But that was pretty much it for the Philippines.  The next day I hung out on a delayed plane for a few hours praying that I wouldn't miss the flight from Manila to LAX.  Luckily (?) the plane with the engine problems that was flying from Cebu to Manila was the same plane going from Manila to LAX, so they couldn't leave without me.
Posted by leenie at 10:02 PM

the beach in cebu is so beautiful!

I have to show these posts to my Mom. She'g going back in the fall after 15 years. I hope next time she goes I get to go with her.